Some of my golden orfe, i think one is a blue orfe, & one which looks to have an extra pair of fins looks like a shibumpkin. There are also three gold fish which i cannot believe have lasted this long and also survived the cold spell we have recently come through. Some friends who have ponds have lost most of their fish from the sudden rise in temperature one weekend & then going back down again.
My pond had a thick layer of ice for i don't know how many weeks, plus 4"" of snow most of the time. but i always leave the waterfall running all year round. The pond is 13.6 feet by 6feet wide by about 3foot in depth, so whether the size has saved them, by keeping the temp more constant, i cannot say. I also have not fed them since the end of last september, as they have their own eco system to live in, & i don't ever feed them until the frosts have all but gone.
Posted by davesax at 03:39 No comments:

Have just posted new video of all the happenings in my pond the other day.
Posted by davesax at 07:40 No comments: 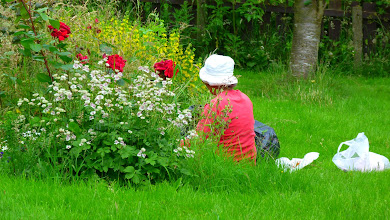 Caught this lady enjoying a little spot of weeding one very rare summers afternoon July2012 I was just going round to mow the grass when i saw the carrier bags, at first i couldn't see her, then i did & immediately took this pic with my phone. I think it's a lovely photo, with some nice color. 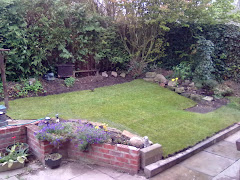 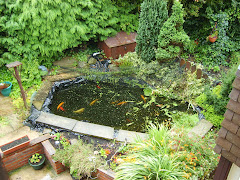 now you see it 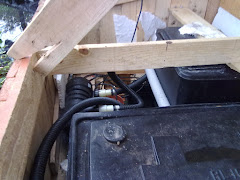 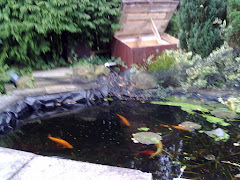 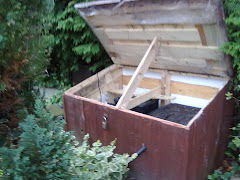 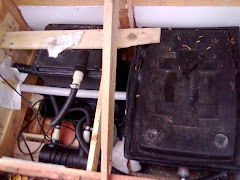 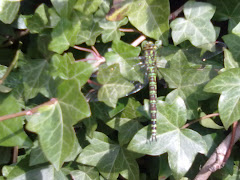 frog on side of pond